What is your ideal shotgun for deer?

Location
Between the French and Quinebaug Rivers.

Hello All. I was thinking about this last week. What would be your ideal shotgun for Massachusetts deer hunting?

Any thoughts? Thank you for the replies.

bigbore442001 said:
Hello All. I was thinking about this last week. What would be your ideal shotgun for Massachusetts deer hunting?

Any thoughts? Thank you for the replies.
Click to expand...

I haven’t used it in a few years , but I have a Remington 870 youth model with rifles barrel, 3x9 leupold. I shoot fedreal copper something out of it. It’s a rack driver and much lighter than a 13 gauge set up the same way.

I have the youth model due to being blessed with arms like a T-Rex.

I’d have a 20 gauge automatic with a rifled barrel and a scope, probably a Benelli if they offer such a thing, but I can use a cf rifle so I’ve never really explored it.

I have a 20 gauge 870 youth model with a rifled barrel. Shot a nice buck I did not recover a few years ago with it and decided to go with a 12 gauge rifled barrel 870 under the premise of bigger hole and more down range energy. Haven’t had the chance at a buck with it yet, I’m hoping next week will be it. I put a youth stock set on it cause like NH Hunter I’ve got short arms. It’s about a pound heavier than I like and shooting it from the bench is no fun but if it performs well I’ll take the trade off. Both have the cantilever scope mounts. The 20 has a 2-7 Nikon, the 12 wears a 2-7 Leupold.

I have taken a number of deer with a 12 gauge 870 with a 18" rifle sighted smooth bore using Remington sluggers. Furthest shot I recall was roughly 100 yards. Took two deer, separate occasions, at that distance. The 870 carries nearly identical to a 760/7600 in my opinion.

I moved over to a Savage 220. Furthest shot I have taken with the 20 gauge is 130 yards. I like the 220 simply because it shoots/feels like a bolt rifle while I am overlooking marshes.

Both platforms are awesome, and I wouldn't recommend one over the other.
B

As a veteran of many a Mass deer season , my preference is a 12 gauge semi with open sights.When your driving deer ,things happen fast.I don't want to be wasting time getting my eye behind a scope.I used to use breniki (sp ?) slugs and we would put up good numbers every season.Best of luck this season.

I have a 220 w/ 2-7 Nikon. Never fired it. Did read several great reviews and got verbal recommendations from users. It’s a lefty which I bought off the rack at LL Bean. I think if you are talking Massachusetts deer hunting it may depend on what part of state, suburban Eastern Mass or rural Western Mass. Driving deer is not my cup of tea, but I guess maybe a semi might be more appropriate there.
That said, based on field reviews and a search of “the 15 best slug shotguns for 2022”. I walked into Bean’s with two choices. My actual first choice was a new Winchester 20 ga.Sx-4 semi. But salesman said he could order it but had absolutely no idea if it would even be there within 6 months or more. I took the “bird in hand”, especially because it is a lefty. Both guns come with a cantilever mount. I liked that. The Savage was several hundred dollars less, but I would have gone with the Winchester if they had one. Very content with the purchase so far. Good luck in your search.
Last edited: Nov 24, 2022
B

Nice, I have a II also. Have not shot it much. I am using the new Barnes Vortex 3" slugs now. I couldn't find any of the Winchester Partition Gold that I used to shoot.
B 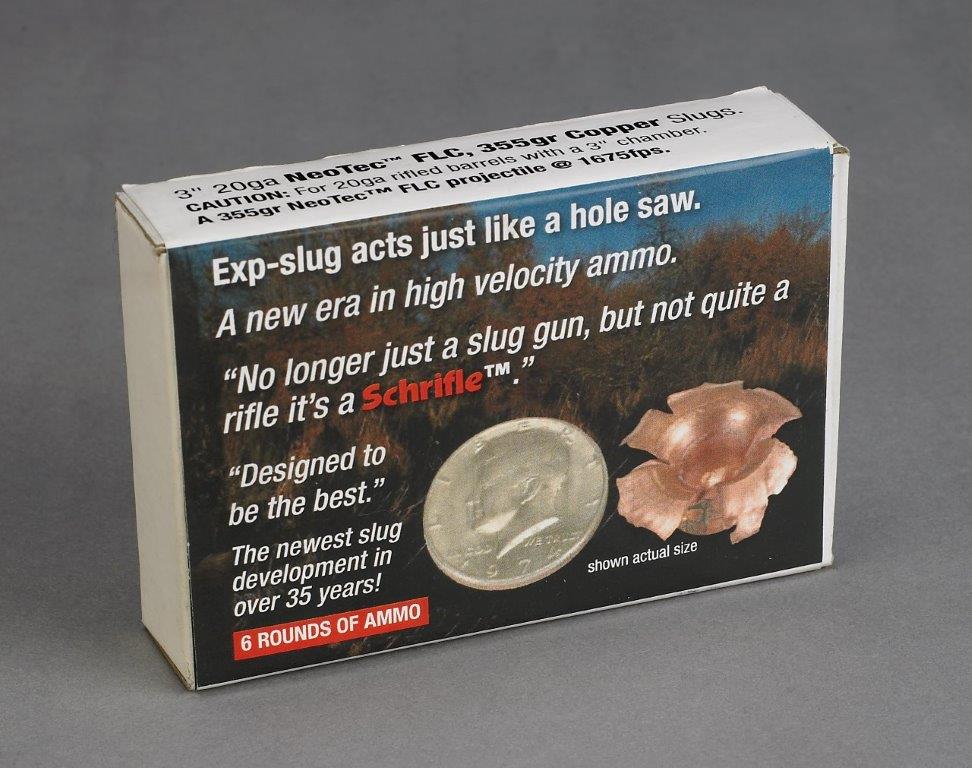 www.tarhunt.com
If you have trouble finding 20 ga slugs. been using these for a few years shoot great and have some smoke . they arn't cheap but avaiable

I heve used the 870 canterlevared barrel in 12 gauge for years and last years buck was taken by my 11-87 in 20 gauge, also canterlevared Easier on the shoulder which matters not when hunting. I have used Barnes expanders in both to great effect. I have buddies who swear by their Savage 220s

longbow said:
Nice, I have a II also. Have not shot it much. I am using the new Barnes Vortex 3" slugs now. I couldn't find any of the Winchester Partition Gold that I used to shoot.
How do like the 3” Vortex ? I have bought several varieties of 20 ga saboted slugs and those are the ones I got the most of. Some day when I get to the range, I’ll start with them. But a guy at Savage told me the 3” Partition Golds work best. Thanks
Click to expand...

mainer4570, I have shot a couple dozen deer with the Partition Golds. They are very accurate. What I have noticed is that they tend to drill a hole right thru the deer, without much expansion. I always find them but they tend to run off 80-150 yards unless you hit bone. I am hoping the Vortex slugs with the Barnes bullet expand a little more.

Anyone have experience with the 12 gauge Hornady 300gr SST sabot slugs? My gun shoots them pretty well but I’ve not had the chance at a deer with them yet. Reviews online are so so but they are the most available load in the area.
S

lester2 said:
Anyone have experience with the 12 gauge Hornady 300gr SST sabot slugs? My gun shoots them pretty well but I’ve not had the chance at a deer with them yet. Reviews online are so so but they are the most available load in the area.
Click to expand...

I just returned from 4 days of shotgun hunting in northern MA, zone 4N. I saw one buck but he was running straight away downhill thru hardwoods and I elected to not take the shot. I did have a doe permit and on Thursday I crested a ridge and a nice doe stood up out of her bed facing straight on at 60 paces. I settled the crosshairs where her neck and chest came together and touched it off thinking the 300gr SST would take her off her feet. Much to my surprise she spun and ran off and I had no chance at a follow up shot. No hair, no blood, no deer. I followed her running tracks a good 100 yards or better but nothing. Oh well I’ve missed before but damn, I felt good about my sight picture. Continued to hunt and never got another opportunity. Today was a soaker and even with rain gear we stopped having fun and called it about 12:30. I made the 2.5 hour drive home, unloaded and started putting stuff away. I uncased the gun and started wiping it down. While doing that I discovered one of the steel Leupold bases was cracked right in half and the lower piece had fallen off. Never had that happen, had screws loosen but never a mount, base or ring break. I shot two rounds thru it about a month ago to confirm zero, I’m thinking it broke then and I just never looked closely enough at it to notice.