Warn your friends and family not to fall for this scam.

Mass. woman says she was robbed in Target parking lot through scam
M

Not installing a Microsoft app to read this…what exactly was the scam?
M

mowbizz said:
Not installing a Microsoft app to read this…what exactly was the scam?
Click to expand...

A Massachusetts woman says two men scammed her in a Target parking lot in order to steal her wallet. 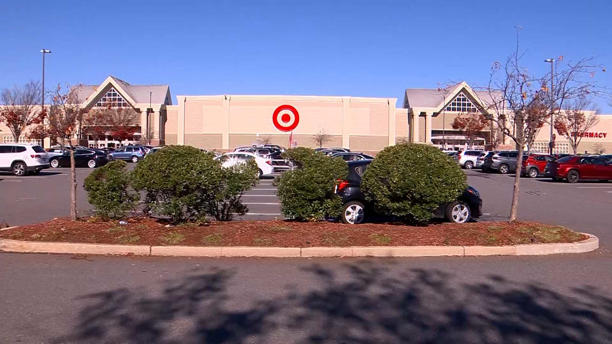 "As I go to turn, they were knocking on the window. One gentleman was (on the driver's side) telling me there was something wrong with my tire," Savoia said. "So I rolled down my window and said: 'What do you mean something's wrong with my tire?'"

According to Savoia, the men claimed that something was leaking near her vehicle's left rear tires.

"They sprayed my tires with, I believe it was balsamic vinegar, that made it look like it was brake grease. Just to distract me," she said.

Savoia then got out of her vehicle to look for the problem and noticed that the substance did not feel like oil. While she was out of the vehicle, Savoia said that is when the next phase of the scammers' plan went into motion.

"While he was distracting me to get out of the car to look at the tire, there was another guy on the right side of my car. He must have went in and grabbed my wallet out of my purse without me even knowing," she said.

Savoia said she did not realize her wallet was gone until after she got back into her car to call AAA. By then, the two men were long gone.

"I was caught off guard and I feel like a fool for falling for that," she said.

"Someone may have seen these two individuals in this parking lot ... Call us. Let us know. What you think may not be a lot of information may actually help break a crime," Riley said. "They move around. So this isn't targeted just towards Framingham. They're going to go into the next community over. Into Natick, where there are a lot of shopping plazas. This same crew could be all the way up in Saugus."

Savoia said the scammers tried to use her debit card at a local bank's ATM, but they were unsuccessful since they did not have her PIN. She then canceled her credit cards shortly thereafter.

"The holidays are coming. They're out there. Scammers are out there," Savoia said.

Riley said police are checking video from surveillance cameras in and around the Target parking lot, as well as the bank where the scammers tried to use Savoia's debit card.
M

Thanks for posting the write-up. You need to have your head on a swivel these days
F’n thieves…I hate em.
M

mowbizz said:
Thanks for posting the write-up. You need to have your head on a swivel these days
F’n thieves…I hate em.
Click to expand...

Yes, it's awful. There are scams everywhere, all types.